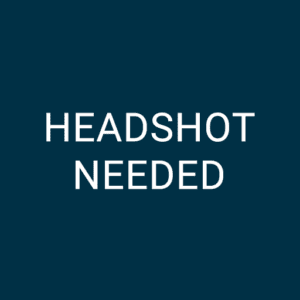 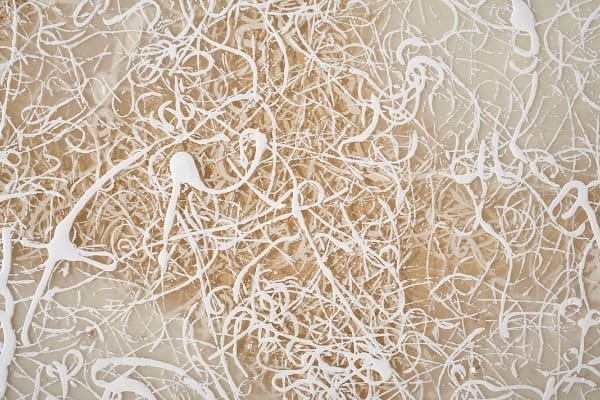 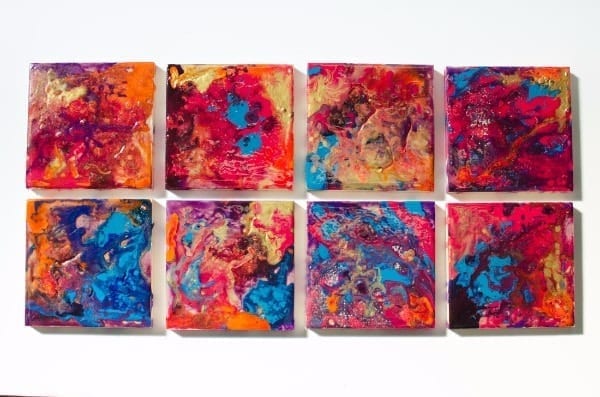 In recent years, St Pierre has been focusing on a theme she calls The Space Between, which may be thought of as a complex study of the breath or space between visual notes. This theme stems from philosophical interests that have been developing with strength throughout her completion of a minor in philosophy at the University of Toronto, as well as the ideas of Michel Foucault surrounding shifting perceptions of space and time, and what these perceptions mean for our current fractured and layered experiences. Through painting, sculpture, and installation, The Space Between explores questions in metaphysics, epistemology and philosophy of perception, and centers on the experience of sensing the existence of something which is concrete and objective, but which can only be understood via glimpses that singularly do not reveal its totality.

Ashley St Pierre is an emerging artist and musician, originally from the small town of Beamsville, Ontario. She now resides in St Catharines, Ontario, with her husband. In addition to studying at OCAD and The Academy of Realist Art in Toronto, St Pierre has recently completed the Art and Art History program at the University of Toronto and Sheridan College.  Prior to pursuing her most recent degree, St Pierre began a career in jazz voice and composition by completing the 3-year Applied Music program at Mohawk College in Hamilton.  She then went on to spend four years working as a performing jazz vocalist, composer, arranger and private vocal teacher primarily located in Toronto and the GTA.  She produced her debut album, Star Spinning, in 2007, for which she won the award, Best Jazz Album, at the Ontario Independent Music Awards in 2008. St Pierre’s musical sensibilities seem to transfer over to her visual art as she continually pays attention to rhythm, repetition and breath. She had her first solo art exhibition in 2002, entitled Shakina. Since then, St Pierre has participated in several group exhibitions within Niagara and the GTA.