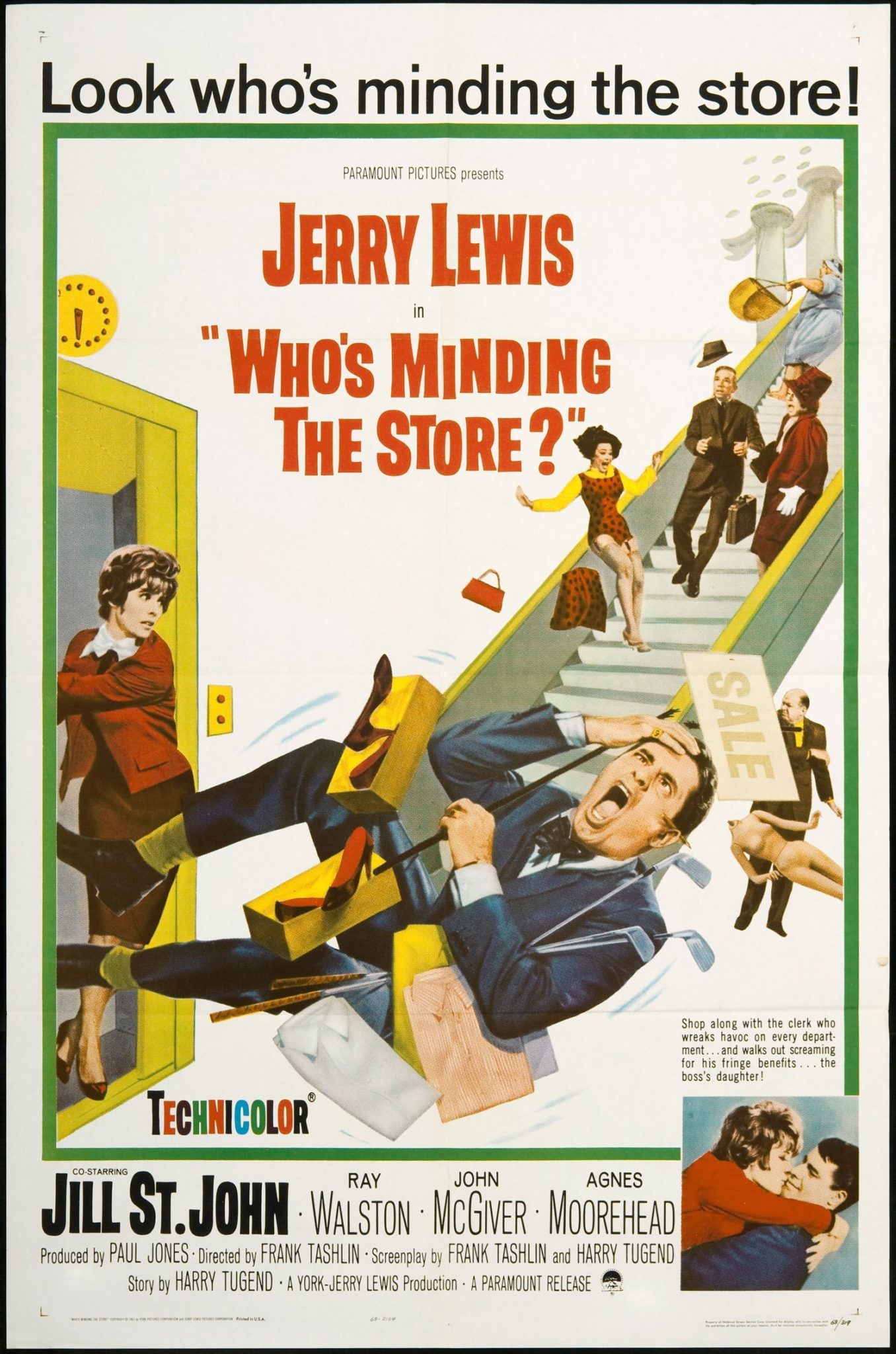 Barbara (Jill St. John) is in love with Norman (Jerry Lewis), the man who looks after her poodle. But she has a secret: She’s the daughter of a wealthy society couple and worth more than Norman will ever make. When her mother, Phoebe (Agnes Moorehead), finds out about Barbara’s relationship, she sends Norman to work a series of increasingly humiliating jobs at the family’s department store. Norman tries to please his cruel boss, Mr. Quimby (Ray Walston), and win Barbara’s hand in marriage.

“One of Jerry Lewis best remembered films holds a very special space in my mind, where great comedies deserve to be.” – Cinemagratia