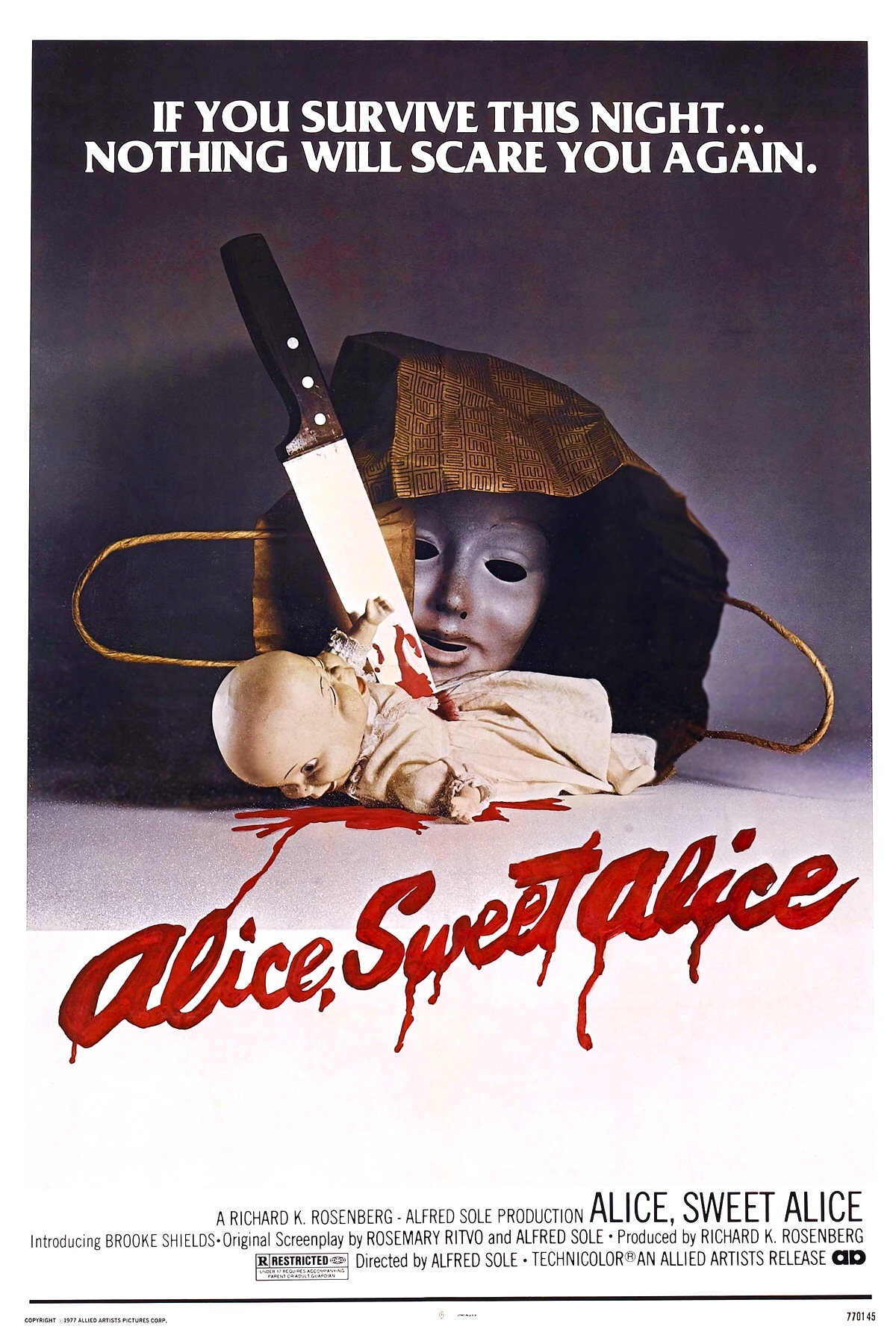 Curated by NAC Member Will Foran.

Alice, Sweet Alice (originally titled Communion) is a 1976 American psychological slasher film co-written and directed by Alfred Sole, and starring Linda Miller, Paula Sheppard, and Brooke Shields in her film debut. Set in 1961 New Jersey, the film focuses on a troubled adolescent girl who becomes a suspect in the brutal murder of her younger sister at her First Communion, as well as in a series of unsolved stabbings that follow. A quasi proto-slasher, giallo hybrid that pulls no punches.

“[Alice Sweet Alice] constantly keeps the audience on its toes with a wealth of incidental detail, excellent set pieces and technical versatility.” – Time Out