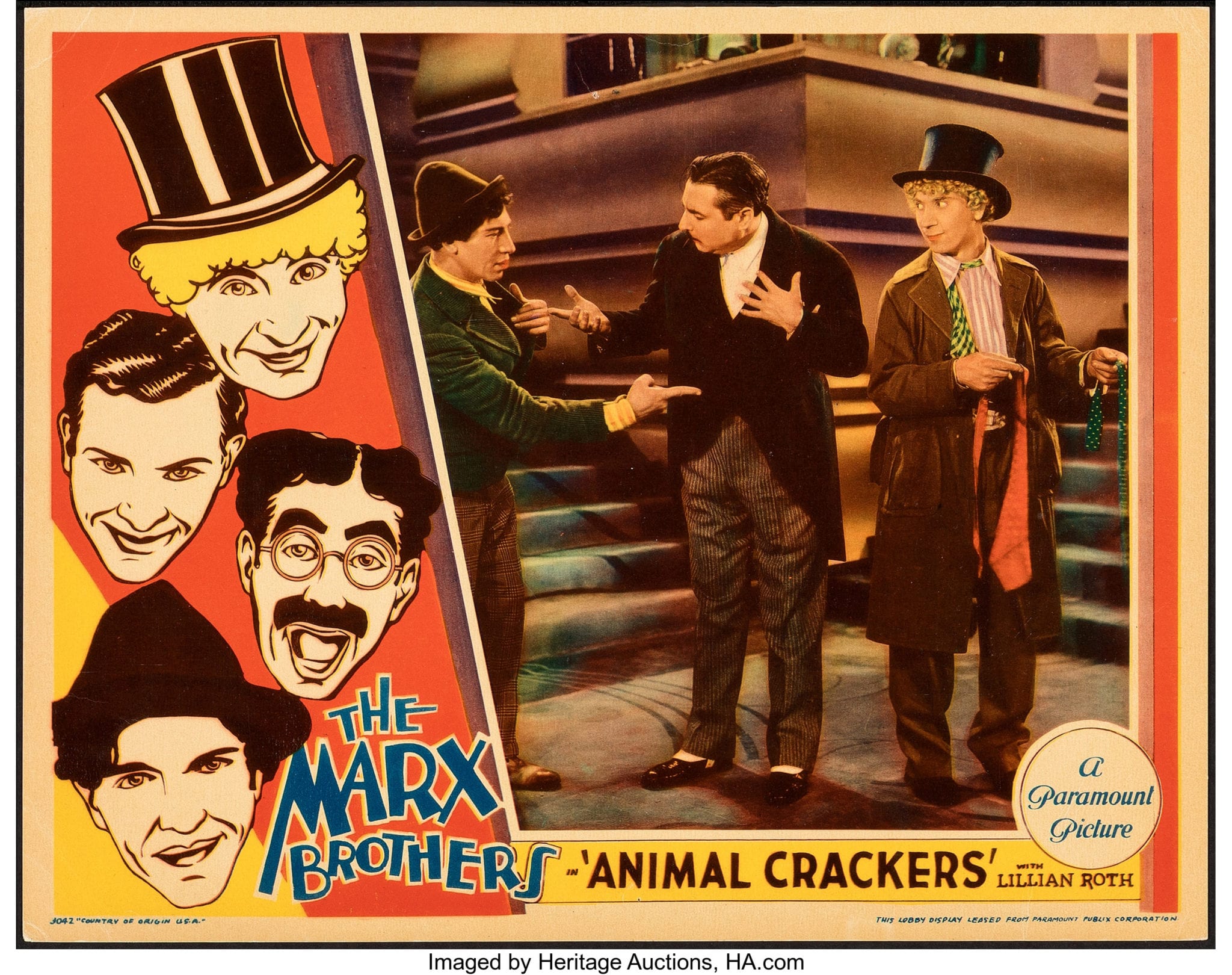 The well-known explorer and hunter Captain Spaulding has just returned from Africa and is being welcomed home with a lavish party at the estate of influential society matron Mrs. Rittenhouse (Margaret Dumont) when a valuable painting goes missing. The intrepid Captain Spaulding attempts to solve the crime with the help of his silly secretary Horatio Jamison, while sparring with the anarchic Signor Emanuel Ravelli and his nutty sidekick The Professor.