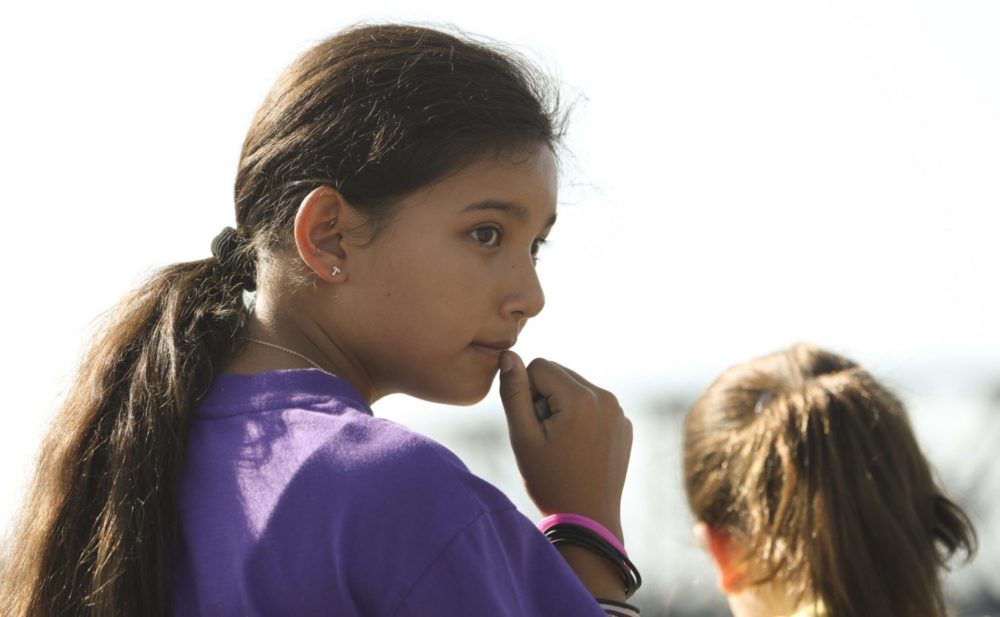 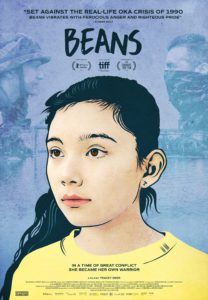 BEANS is the coming-of-age story of a Mohawk girl named Tekehentahkhwa, who more often goes by her quirky nickname, Beans (Kiawentiio). She’s a loving big sister to her constant sidekick, Ruby (Violah Beauvais), as they play in the woods and carefully avoid the rough and tough kids of their neighbourhood on the Mohawk reserve of Kahnawà:ke, Quebec.

Her father, Kania’tariio (Joel Montgrand), rides her hard because he worries her sensitivity is a dangerous weakness. But her mother, Lily (Rainbow Dickerson), has great aspirations for her and is an even bigger force to be reckoned with. They don’t agree on whether she should leave the reserve for high school, and Beans isn’t brave enough to speak up for what she wants.

This debate is pushed to the side when a peaceful protest at a neighbouring reserve turns into an armed stand-off to protect a burial ground from being desecrated for a golf course expansion. Beans’ community quickly joins the battle in what becomes known as the Oka Crisis. Overnight, her community is cut off from the outside world.

Beans seeks out the toughest girl she knows, April (Paulina Alexis), to transform into the brave Mohawk warrior that she needs to be to survive. She gains acceptance with the cool clique, but that doesn’t prepare her for the racism and violence she confronts as the conflict escalates. Unable to cope, she descends into a dark, rage-filled existence focused on revenge. It’s not until her reckless actions put everyone she cares about into peril that she wakes up to what’s really important in her fragile world.

Presented in English language with some French.