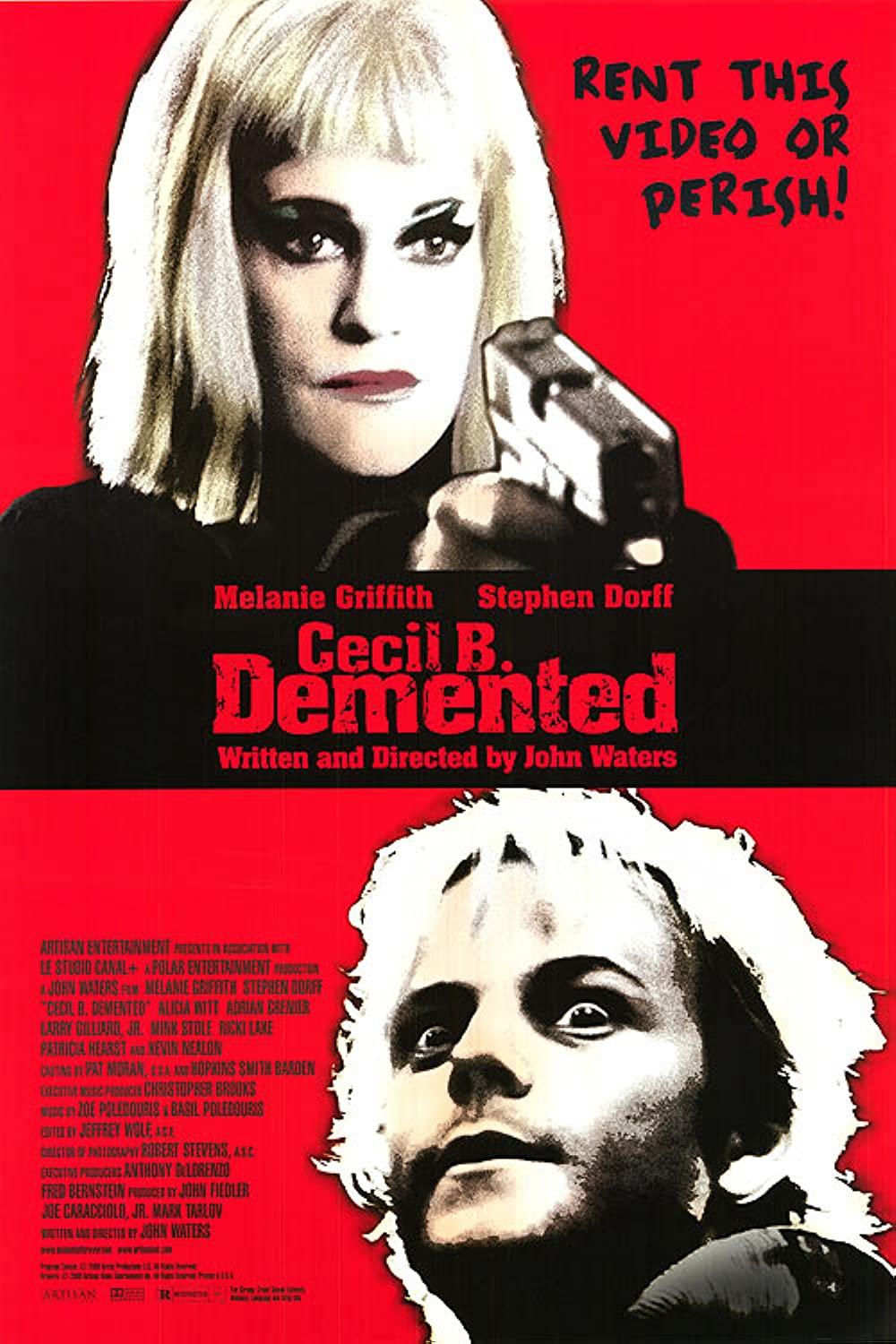 Programmed by NAC Member Tyler Adair.
An insane independent film director (Stephen Dorff) and his renegade group of teenage filmmakers kidnap an A-list Hollywood actress (Melanie Griffith) and force her to star in their underground film.

“[John Waters] is an anarchist in an age of the cautious, an independent in an age of studio creatures, a man whose films are homemade and contain no chemicals or preservatives.” – Roger Ebert