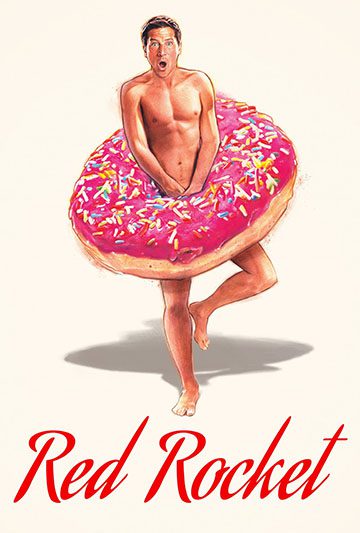 The audacious new film from writer-director Sean Baker (The Florida Project, Tangerine), Red Rocket is a darkly funny and humane portrait of a uniquely American hustler and a hometown that barely tolerates him.

Starring Simon Rex in a magnetic, live-wire performance as an ex-porn star and suitcase pimp trying to put his life together. Featuring a cast that includes first-time and non-actors, Baker brings uncommon authenticity to sharing the tragic and the comic.

“A thrillingly unpredictable high wire act of a film”- Artforum

“Astonishing. A daring and hilarious cinematic gamble that gives a justifiable middle finger to the sheer inanity of the Western world.” – Indiewire