THE LOVE BETWEEN
Timing is everything. Evan Sue-Ping and Scott Warren of The Love Between know this all too well. Friends and contemporaries since they met in 1996 as active members of Toronto’s burgeoning indie scene, it never occurred to the two to collaborate. Maybe it was a case of hectic lives and schedules. All of that changed in the summer of 2015.

Warren had been concentrating on his band Bronx Cheerleader’s third album. With his writing and recording duties completed, some free time was available for Warren to turn his attentions to a new project. Sue-Ping was in the midst of the breakup of his former band, My Pet Genius, and was in need of a little musical levity. The timing seemed right. All it took was 20 years.

As the two now reside in different cities (Toronto and St. Catharines respectively), they exchanged files on-line to get ideas flowing. A first for both, they were surprised at how organically the project came together. Originally conceived as an EP, the two soon found that they had more than enough material for a full length. The music that makes up their debut album Lowering the Highs can be described as a trip around their sphere of influences. A little bit of UK shoegaze (My Bloody Valentine/Swervedriver) crossed with classic American indie rock (Guided By Voices/Sebadoh), each track seems written to keep things interesting.

With Lowering the Highs slated for release in the fall, The Love Between is gearing up to play shows in support. A preview of what’s to come, the first single “Believe It” can be downloaded for free on the band’s soundcloud page.

1914
4 piece band from Niagara debut single ‘Heaven is a Bust’ premiering on Portland’s Lefse Records (How To Dress Well, Neon Indian) in September 2016 with a full length to follow in the new year. First show will be on September 30th to celebrate that very release. File Under: Jesus & Mary Chain, The Cramps, Shangri-La’s. 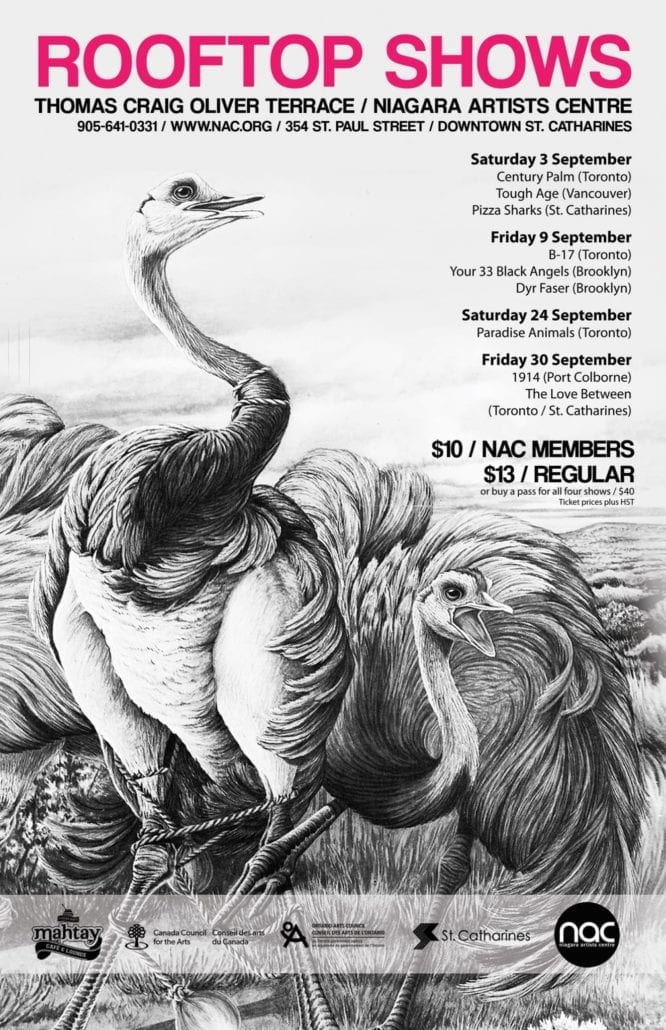