STRUTT: NAC Members + VIP get in at 7PM

NAC Members and Curator’s ticket holders are invited to a special preview event to toast all that’s weird, wonderful, and originating in Niagara.

This year’s STRUTT features the Niagara Exotic Bazaar. Exhibitors from across the region showcase their stuff. The Bazaar is produced in partnership by NAC and The Garden City Food Co-op and sponsored by Shannon Passero.  Check out who’s in: Oast, Steam Whistle, Creekside, Henry of Pelham, Dillion’s, Mike Weir, Redstone, Reif, Stoney Ridge, and Stratus! Culinary delights by El Gastrónomo Vagabundo, Rise Above, Tide & Vine, and The Wandering Gourmet. Local fashion by Blonde Potato, Lousje & Bean, Roly Poly, Shannon Passero. Imagine the future of downtown with an inside scoop on the new Performing Arts Centre.

Join us at 7PM to celebrate all that’s weird and wonderful about Niagara! 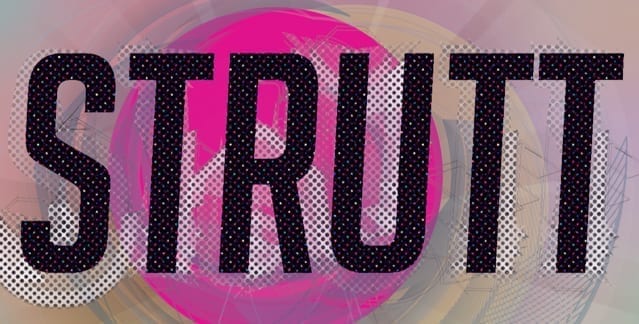 It’s the largest wearable art show in the nation…
…and there’s nothing like it, nowhere, nohow.

You can have your spectacles in all kinds of ways – catastrophic weather, arena rock, NASCAR roll-over wrecks – but there’s nothing like what you get when you tap the underutilized creativity of a mid-sized North American city, pack the energy dense and tight like a C4 charge and detonate it in a big old factory for one colossal night of mayhem.

STRUTT’s got provocative gyrations to smack down a Nicki Minaj menagerie and electromagnetic kinetics to rival the generators churning in the whitewater froth of the Niagara. Combined, it makes for something weirder than Portland or Austin would ever dare to dream. Forget the prevailing square imperatives, STRUTT is the single, annual occasion where Niagara surprises the hell out of itself.

The fifteenth edition of this orchestrated riot of art, music, and performance reaches its crescendo on Saturday the 22nd of November.