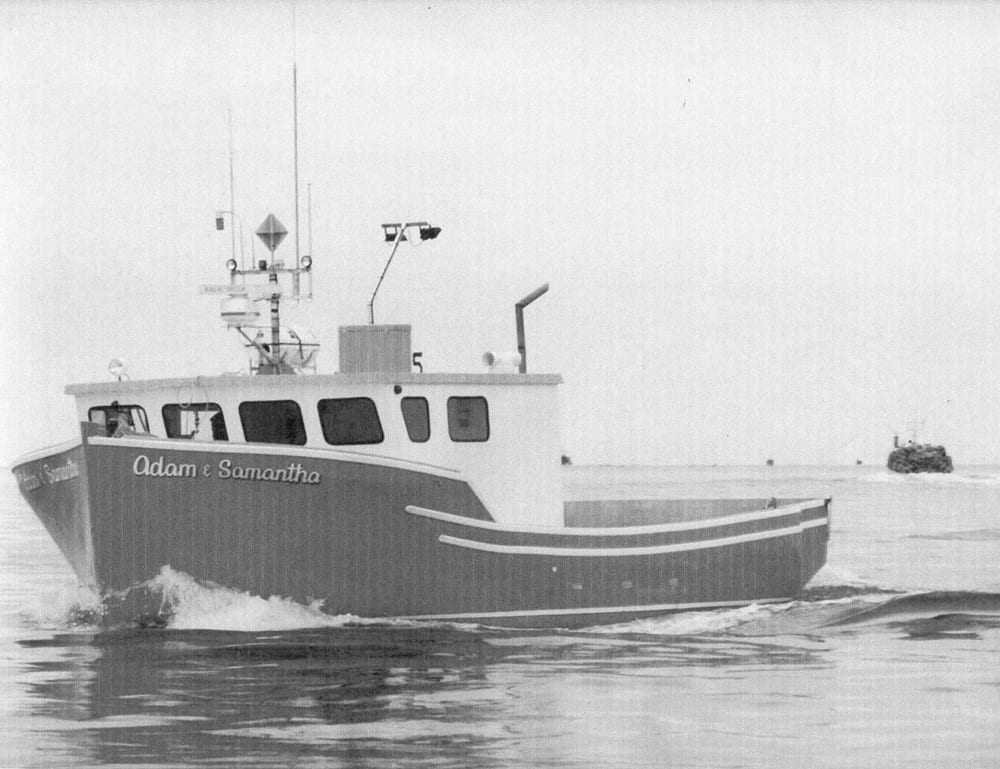 The boat my dad was on when he caught the two bluefins was called Lucky Strike. I did not have pictures of that boat or any specific information to base my design for the model on so I settled on the ‘every-boat’ of Atlantic Canada – the Cape Islander.

The Cape Island boat originated on Cape Sable Island, Nova Scotia in the early part of the 20th century. Two families claim credit over the design. The Atkinson family of Clark’s Harbour, Nova Scotia is most commonly credited. The family continues to build boats today for commecial and recreational use. The other claim to the design of the boat comes from the Kenney family also of Clark’s Harbour.