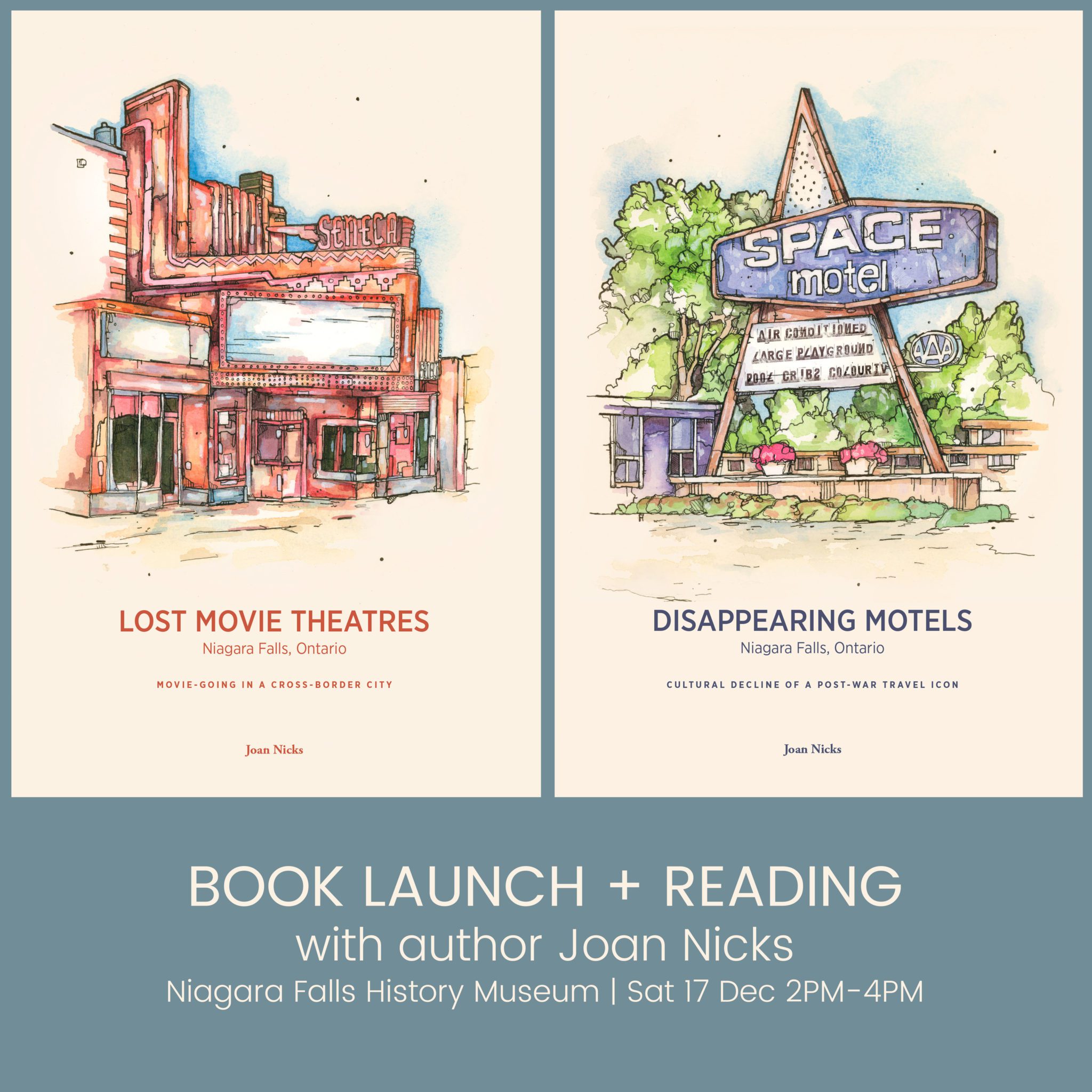 A book launch with the author Joan Nicks in attendance to be held at the Niagara Falls History Museum on Saturday 17 December from 2:00 – 4:00 p.m

The Niagara Artists Centre is pleased to announce the publication of two books that chronicle seismic change in the culture of Niagara Falls by local popular culture authority and NAC member Joan Nicks.

The two books, while companions to one another and published simultaneously, explore their subjects independently. Disappearing Motels, Cultural Decline of a Post-war Travel Icon and Lost Movie Theatres, Movie Going in a Cross-border City both draw a detailed description of how these fixtures once dominated and defined the cultural landscape of Niagara Falls.

As Nicks explains, “Early local theatres were a barometer of social change and city-building, opening their doors for community events, not only the spectacle of moving pictures and seeing the falls on film for the first time.”

Remus says, “NAC doesn’t publish books often and when we do they’re usually catalogues to accompany exhibits, but Joan’s books are something special, they show us what makes the culture of Niagara unique. NAC puts whatever energy we can muster into projects like this.”

The publications came together with support from many corners. Originally funded by a Social Sciences and Humanities Research Council (SSHRC) grant, The City of Niagara Falls and Artista Print also sponsored the project so that NAC could bring both books to press.

A free community reception will be held Saturday 17 December from 2:00 p.m until 4:00 p.m at the Niagara Falls History Museum. Author Joan Nicks will be in attendance and copies of the books will be for sale. Lost Movie Theatres sells for $30 and Disappearing Motels sells for $35 with a wallet of photographs in a postcard style by artists Oliver Pauk and Zach Slootsky. The pair of books with the postcards can be purchased for $60.

Parking around the Niagara Falls History Museum is limited due to ongoing construction.  There are municipal lots off of Main Street, Ferry Street and Peer Street, as well as street parking on Ferry, Main and Peer Streets.  They are all within 300m of the building/4 minute walk.