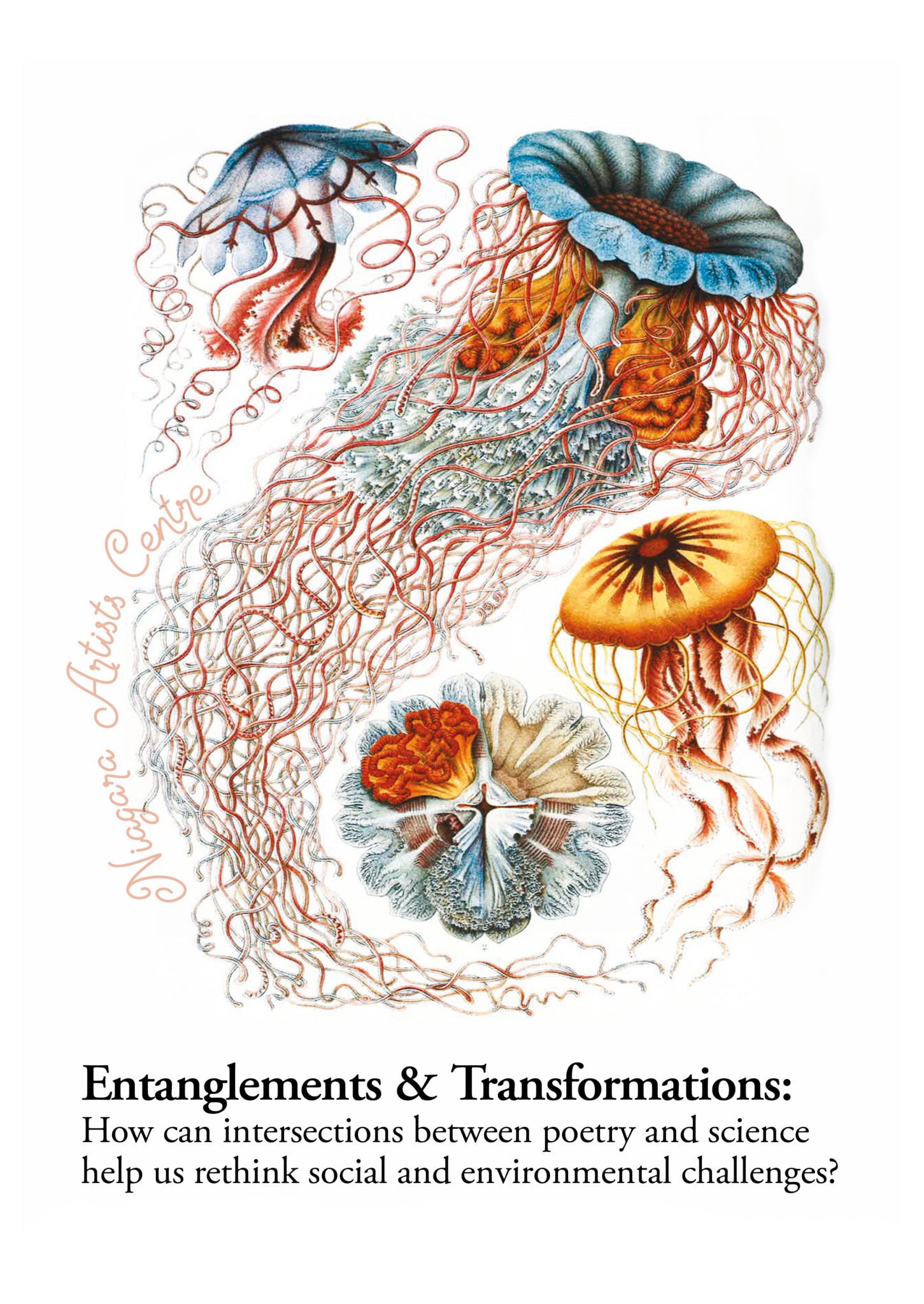 This event is free and open to the public and will involve readings and an onstage conversation.

How can thinking and creating between art and science offer new ways of confronting global problems? Come meet a diverse group of writers and scientists whose work engages with transdisciplinary investigations into shared concepts and methods in literature, science, and society. These invited participants are interested in forging new ways to approach the fields in which they work by ambitiously moving outside of and between established categories, boundaries, and borders.

Will Alexander works in multiple genres. In addition to being a poet, he is also a novelist, essayist, aphorist, playwright, philosopher, visual artist, and pianist. His influences range from poetic practitioners, such as Aimé Césaire, Bob Kaufman, Andre Breton, Antonin Artaud, and Philip Lamantia, to the encompassing paradigm of Sri Aurobindo’s Integral Yoga, and the Egyptian worldview as understood by Cheikh Anta Diop and R.A. Schwaller de Lubicz. The latter is central to Alexander’s expanding inner range, which has allowed him access to levels of mind beyond the three-dimensional as boundary. He thereby explores the full dimensionality of each word. For him, each word has access to not only the median level of three-dimensional experience, but also partakes of experience on both the supra and subconscious planes. His praxis of language is not unlike the Mayan numerical world, where each letter of the alphabet spontaneously engages in non-limit. Thus, all fields of experience are open for exploration: art, physics, botany, history, astronomy, architecture, and poetics. Alexander’s books include Asia and Haiti, The Sri Lankan Loxodrome, Compression and Purity, Sunrise In Armageddon, Diary As Sin, Inside the Earthquake Palace, Towards The Primeval Lightning Field, and Mirach Speaks To His Grammatical Transparents. He lives in The City of Angels.

Madhur Anand’s debut book of prose This Red Line Goes Straight to Your Heart (2020) won the Governor General’s Literary Award for Nonfiction. Her debut collection of poems A New Index for Predicting Catastrophes (2015) was a finalist for the Trillium Book Award for Poetry, named one of 10 all-time “trailblazing” poetry collections by the CBC and received a starred review in Publisher’s Weekly. Her second collection of poems Parasitic Oscillations (2022) was published to international acclaim and named the “top pick” for Spring poetry by the CBC. She is a professor of ecology and sustainability at the University of Guelph, where she was appointed the inaugural Director of the Guelph Institute for Environmental Research. In Dr. Anand’s scientific lab, the goal is to provide knowledge and tools to better understand natural and human-related impacts on ecosystems and to enhance long-term coupled human-environment sustainability. They study ecological change from local to global scales and from decades to millennia. Their own datasets primarily represent forest ecosystems from temperate to taiga in Ontario, Canada and sub-tropical and tropical forests in Brazil, but they collaborate with scientists in many other parts of Canada and the world including Brazil, China, India, USA, Argentina and France. Empirical work examines the effects of stress (e.g., pollution or climate change) and disturbance (e.g. windthrow, grazing, logging or fire), and their interactions, on ecosystems. They also develop models and statistical tools to understand complex patterns and processes in natural and human-impacted ecosystems. Dr. Anand has co-authored over 150 peer-reviewed scientific publications and has held many scientific honours including Canada Research Chairs.

Amy Catanzano is a poet and transmedia artist who explores the intersections of literature, science, and the arts. She publishes poetry and experimental fiction, poetic theory, and multimodal literature. An associate professor of English and the poet-in-residence at Wake Forest University, she often collaborates with scientists and visits scientific research centers for her projects. These have included CERN, where she was a research artist with the ATLAS Experiment at the Large Hadron Collider, and the Simons Center for Geometry and Physics, where she was the inaugural poet-in-residence. She is the author of three books, including Starlight in Two Million: A Neo-Scientific Novella (2014), recipient of the Noemi Press Book Award in Fiction, and Multiversal (2009), recipient of the PEN USA Literary Award in Poetry. Recent projects include World Lines: A Quantum Supercomputer Poem (2018-present), featured by APS Physics and other publications, and the digital poem, Wavicles (2017), exhibited internationally in the 3D Poetry Editor group show, The Gravity of Words. She holds an MFA from the Iowa Writers’ Workshop at the University of Iowa.

Adam Dickinson is the author of four books of poetry, including Anatomic (Coach House Books), a finalist for the Raymond Souster Award and winner of the Alanna Bondar Memorial Book Prize from the Association for Literature, Environment, and Culture in Canada. Anatomic incorporates and responds to the results of chemical and microbial testing on his body. His work has been nominated for major Canadian literary prizes, including the Governor General’s Award for Poetry, and twice for the Trillium Book Award for Poetry. He was also a finalist for the Canadian Broadcasting Corporation (CBC) Poetry Prize and the K.M. Hunter Artist Award in Literature. His work has been translated into Chinese, Dutch, French, German, Norwegian, and Polish. He has been featured at international literary festivals such as Poetry International in Rotterdam, Netherlands, and the Oslo International Poetry Festival in Norway. He was also part of the VERSschmuggel poetry translation project hosted in conjunction with Poesiefestival Berlin, Germany. Along with Claudia Rankine (USA) and Valzhyna Mort (Belarus), he was a member of the jury for the 2022 Griffin Poetry Prize. He teaches English and Creative Writing at Brock University in St. Catharines, Ontario, Canada.