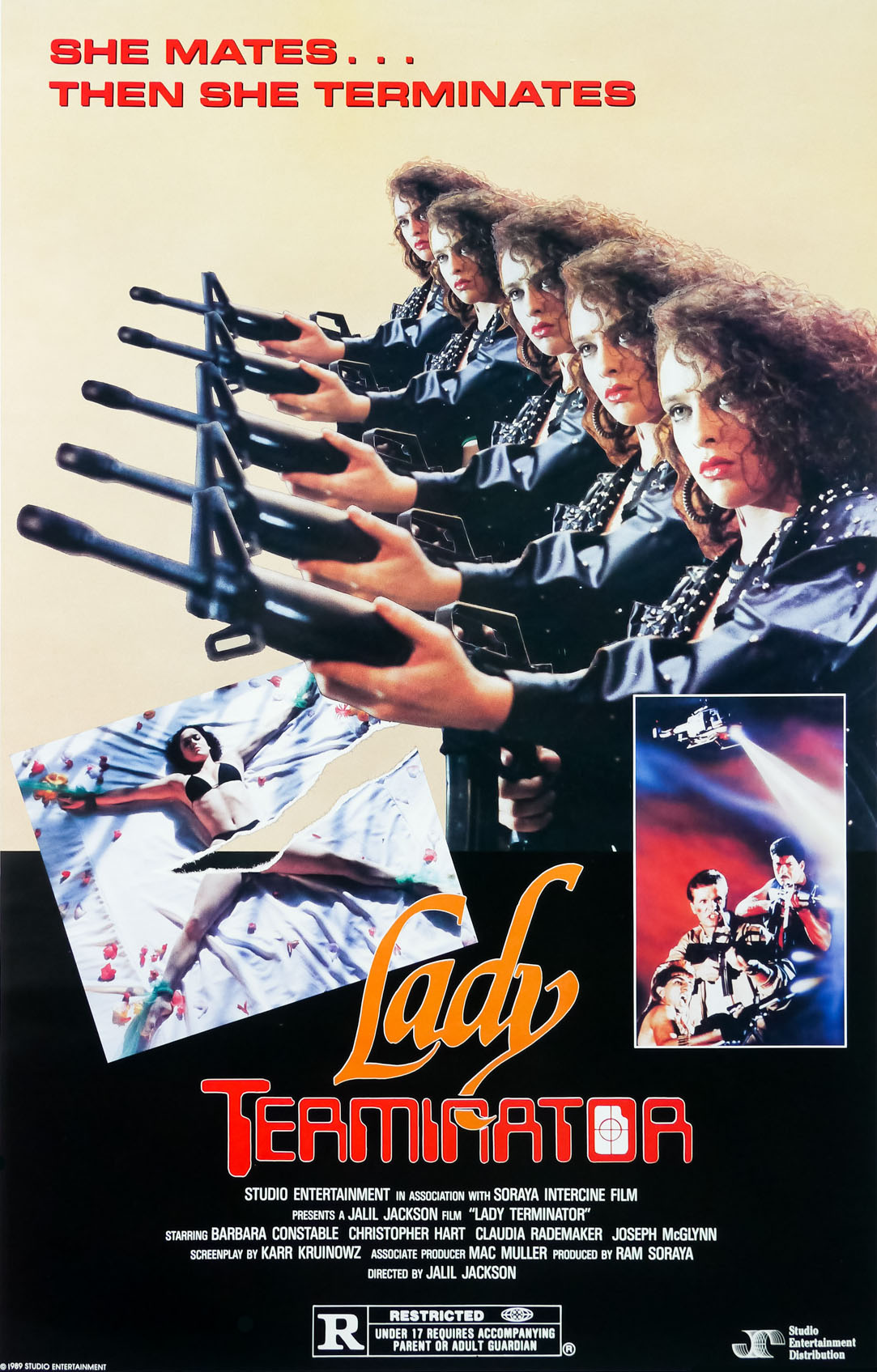 Part of the Analog Anarchy series – A scarcely seen Indonesian horror-action epic that draws inspiration from Terminator, starred and directed by many pseudonyms, focuses on The Queen of the South Sea, an ancient sex goddess, who seduces men before using a serpent that resides in her nether regions to devour the private parts of men. Buckle up!

“Shot with an undeniable camp charm – LADY TERMINATOR is my guilty pleasure of the season.” – Village Voice